The Falmouth 18 Foot Restricted Class was born more than 100 years ago. The only restriction was the hull length from stem to stern. The beam, draft, mast and sail plans could be varied to suit the owner's wishes.

Two wooden boats were built in St Mawes by Fred Pasco in 1898. Chow Chow (renamed Magpie in 1904) to an E Payne design for a Mr R Paul and Chin Chin for a Dr Harden, a founder member of Falmouth Sailing Club to his own design. These were soon followed by two boats built in Falmouth. Marion, built by the Jackett family for themselves in 1900, and the Alfred Mylne designed Myrtle in1902. Then Wahine, another Pasco/Harden collaboration, was built in1903 above what was then a coal strore and now the Co-op in the centre of St Mawes. Marie, built by Frankie Peters, was completed in St Mawes in 1931.

The 18 Footers face a desperate shortage of willing sailors which has grounded the whole fleet of these beautiful little classics.. 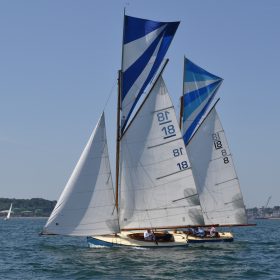 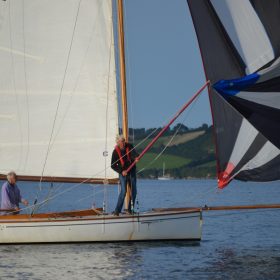 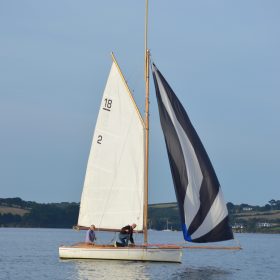 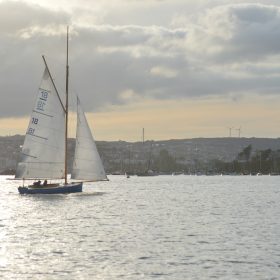