Falmouth Sunbeams first raced in the Carrick Roads in 1924, and have raced regularly in the Falmouth area ever since. Initially the majority of the Fleet was Falmouth based, but during the late 1950s most boats were based at St Mawes.

More recently, most of the Sunbeams, with the exception of Clary, Nancy, Gwenny and Lucy, are based around the Fleet's headquarters at the Royal Cornwall Yacht Club in Falmouth. There is only one other fleet of Sunbeams and with similar numbers this is based at the Itchenor Sailing Club. These are known as Solent Sunbeams and are identical apart from using spinnakers and not the traditional kitty gear as used at Falmouth. If you don't know what kitty gear is ask the next Sunbeam sailor that you bump into and he will spend the next 20 minutes explaining it!

These fast racing yachts were designed by the late Alfred Westmacott and were originally built by Woodnuts at St Helens in the Isle of Wight. Many of them have now reached their 80th birthday but their high specification has enabled them to be maintained in excellent condition.

The lasting appeal of their classical lines and their modernised rig has led to a continuing demand. Over the last 20 years, seven further boats have been built with the latest being Racy Lady V48 in 2008 and Kitty V47, Milly V45, and Spray V46 built here on the Fal at Mylor Yacht Harbour. You may have noticed that most of the Sunbeam's names end with a y. This became a class rule many years ago and the three exceptions are original names dating from when they were built. 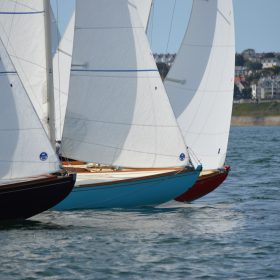 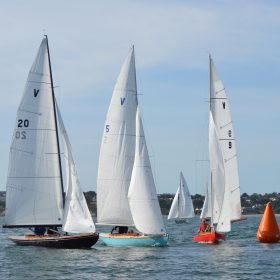 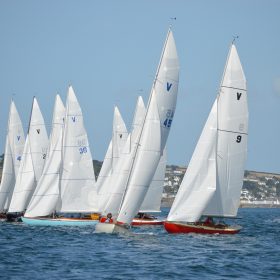 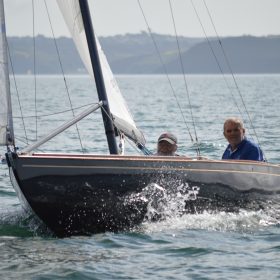